Mich Levy, ​​the instigator of We Tip the Balance, is a white, queer woman with class privilege. She is ​the grand-daughter of immigrants, and first generation Californian. She was raised in a strongly-identified Jewish family that assimilated into middle-class whiteness through her childhood. She has traveled extensively and lived, studied and worked on three continents.

Mich ​has been active in movements to overcome exclusion and violence -- from domestic violence and violence against women to racism, colonialism, imperialism and war -- since the first U.S. invasion of Iraq. ​She is co-founder of the community-based self-defense​ project Home Alive and of the International Jewish Anti-Zionist Network.

Mich has a self-designed bachelor’s degree in personal, social and systems change and a master’s degree in the politics of alternative development studies. She teaches adult basic and secondary education in the public school system.

​At michlevy.com ​I ​inquire about the future of adult education and ​provide activities for becoming better learners in these times of profound change. At wetipthebalance.org, ​I ​​​build and pilot curricula for learning with others how to build the world we want to live in together.

I had a strange sense as a child of wanting to choose something that wasn’t there. Of sterility and isolation, like something was missing. There was the simple joy of adventure and wanting to go out: to be in the car, the train, or the airplane. But I also wanted to leave. My first attempt was at about 11, when I returned from summer camp with a proposal that I move to Oregon with my new friend and her family to finish school. That idea didn’t get much traction.

Maybe I had that feeling because, as the granddaughter of immigrants and a first-generation Californian, I’m new here. Maybe it’s because I’ve only been able to glean traces of the centuries-long history of migration from South and West Asia that landed my family here at the very far edge of the Western world.

The liberal upbringing these changes brought encouraged me to be myself and to understand that others had the right to do the same, but homogeneity reigned in the quiet streets, school felt like prison, and a lot of the people there were just plain mean. Over time, it came to make sense why my friends and I felt we lived on the margins of that neighborhood, or how men could be ticketed for driving-while-Black there, or were otherwise treated like unwelcome outsiders. There wasn’t just something missing; there was something terribly wrong.

None of my early attempts to leave panned out, but I didn’t stay long enough to finish high school. I left in search of tools and clues to help me understand the world as it is, how it could be, and how we might get there. 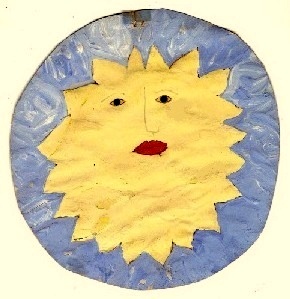 By the age of 18, I was aware of the legacy, dictates and threats of the global economy. I realized that I was watching the unnecessary, heartlessly inflicted suffering of countless individuals – whether I chose to look or not. It’s so dehumanizing, for all of us, in different ways. I realized too that, in very real ways, my well-being is tied to theirs: that  “Other” is also an integral part of the same systems of which I am a part. What is taken from them is fed to me, at least in terms of discrepancies in distribution, if not literally.

Anything I could think to do seemed so un-impactful given the magnitude and imbedded nature of the problems or felt full of contradictions and questions. And the more I tried to understand the problems, the bigger, more complicated, and time-sensitive they became. By the age of 20, I was so overwhelmed by the enormity of the tasks in front of us that I knew I would have to choose to have hope if I wanted to believe there was any.

That’s when I started asking how I might contribute to meaningful, systemic change. I would need to figure out how I believe change occurs. And I would need a much better understanding of who I am, the histories of struggle I am tied to, and the specific relationships I have to them that give me the information about how I can enter.

Returning to school as an adult, I chose to pursue an education that would help me learn how to build the world I wanted to live in, not how to survive in the one we already have. I already had the kernels of ideas about social change that continue to evolve and shape my thinking and practice. I began to develop them with others at Antioch University, Seattle, where I designed a study in personal, social and systems change called Transition Studies. When I embarked on that journey over 20 years ago, I wrote:

“If I am to be the first object of my own hope, I need to learn how to understand what exists and how to create something new from it. I have no choice but to act, but I have much to learn if my actions are to be productive. This is a solidification of my commitment to fundamental change, an expression of my integrity. I want to be a student again.”

The mentorship I received there was an artful and intentional mix of permission and guidance – supporting my growth as a person, as a student and as a social actor. Dan, my teacher, advisor and confidant, parted from this Earth many years ago but left an indelible mark on who I have become and what I still hope to contribute.

I went on to acquire an MA in the Politics of Alternative Development Studies from the Institute of Social Studies in The Hague. But the real breakthroughs along the way have occurred when I successfully found entry points through which to contribute meaningfully. Most of the time when I do something, it feels like just doing what I can because something has to be done. But when these openings appear, it then also feels like something new is being born out of a vision shared with others, and it has the scent of possibility.

Fueled by this search for the possible and an intention to be useful, I spent more than 10 years building two long-lived organizations, helping create openings through which thousands of people have walked in pursuit of their shared goals. One of these organizations created a much-needed resource with and for my community that people still make use of today. The other helped push through taboos to open up public discourse on gravely important matters.

The potential for these kinds of interventions to make a meaningful difference lies in their ability to both address immediate suffering and create a fundamentally different world. I continue to search for productive entry points into this vital work.